The poet's poet"---as Charles Lamb was to call Spenser two centuries later---was born in London, where he attended school before going to Cambridge in 1569. About 1579 he came to know Sir Philip Sidney; his first significant work, The Shepheardes Calendar, published under a pseudonym in 1579 and consisting of 12 "ecologues" (one for each month of the year), was dedicated to Sidney. Spenser hoped for advancement at the court of Queen Elizabeth, but in August 1580 he took a minor position in Ireland, where he spent the rest of his life, save for two visits to England. In 1594 he married Elizabeth Boyle, in Cork; the sonnet sequence Amoretti (1595) bears on his courtship, and the great marriage hymn, Epithalamion (1595), celebrates the wedding. The first three books of Spenser's allegorical epic romance,The Faerie Queene, appeared in 1590; three more appeared in 1596. A fragment, the Cantos of Mutabilitie, which may or may not have been intended to form part of the great poem, appeared in 1609, after Spenser's death. Spenser appended a letter to his friend Sir Walter Raleigh to the edition of 1590, explaining that the "general end...of all the book is to fashion a gentleman or noble person in vertuous and gentle discipline." Although Spenser planned to write 12 books in all, only 6, and the two Cantos of Mutabilitie, survive. The rest may possibly have been destroyed by Irish rebels when, in 1598, they sacked Spenser's Irish residence at Kilcolman, but it is equally possible that the poet never managed to bring his massively planned work to completion. Spenser's Amoretti (1595) is one of the more idealized sonnet sequences, and Colin Clout's Come Home Again (1595) is an allegorical attack on the taste of the court. Like many Renaissance authors, his writings extend beyond the narrowly literary; his tract "A View of the Present State of Ireland" (1596) provides a series of brutal recommendations for the colonial suppression of England's Irish territories. Spenser's complex range of styles and genres served as both a model and a challenge for his contemporaries and for later authors. 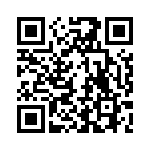