Página 13
And when he had so spoken , he held his Then the second , that had spoken of the strength of the king , began to say , O ye men , do not men excel in strength , that bear rule over sea and land , and all things in them ?
Página 87
Then answered he me , and said , Some things hast thou spoken aright , and according unto thy words it shall be . For indeed I will not think on the disposition of them which have sinned before death , before judgment , before ...
Página 180
... scourge them that come near unto him , to admonish them . Then said Ozias to her , All that thou hast spoken hast thou spoken with a good heart , and there is none 1 that may gainsay thy words . For this is not [ 180 ] JUDITH ( VIII. 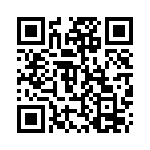