In 1945 Barcelona, ten-year-old Daniel's father takes the boy to a clandestine library. Daniel selects an intriguing book, unraveling a series of mysterious events that change the course of his life. Leer comentario completo

It took me about 2 weeks to read it, but I have a friend (who recommended this book to me) that read it in just 2 nights! I really fell in love with this book. It's has everything a good story has. It ... Leer comentario completo

Carlos Ruiz Zafón was born in Barcelona, Spain on September 25, 1964. He is a scriptwriter and the author of both adult and young adult novels. His first novel, El Príncipe de la Niebla (The Prince of Mist, 1993) received the Premio Edebé literary prize for young adult fiction. His other young adult novels include El Palacio de la Medianoche (1994), Las Luces de Septiembre (1995), and Marina (1999). His adult novels include La Sombra del Viento (The Shadow of the Wind, 2001) and El Juego del Angel (The Angel's Game, 2008). 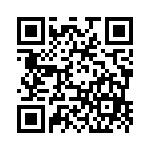