Good primer for non-techies. Everything is kept at a very, very simple level and assumes no prior knowledge in electronics or computer programming. It is not a manual or a complete reference, but an ... Leer reseńa completa

This is a short book: I read it in a couple of hours. It starts on a whimsical, almost philosophical, note which might be useful for some - but not me. I liked the hand-drawn pictures (much clearer ... Leer reseńa completa

Before joining IDII he was CTO for the Seat Ventures incubator. He spent many years working as a software architect,both in Milan and London, on projects for clients like Italia Online, Sapient, Labour Party, BT, MCI WorldCom, SmithKlineBeecham, Storagetek, BSkyB and boo.com.

Michael Shiloh is Associate Professor at the California College of the Arts where he teaches electronics, programming, robotics, and electromechanics. Trained formally as an electrical engineer, Michael worked for various consumer and embedded engineering firms before discovering a passion for teaching. Michael frequently lectures and speaks at conferences and universities worldwide. In 2013, Michael started working for Arduino, speaking about the open-source electronics prototyping platform to new audiences and leading hands-on workshops. 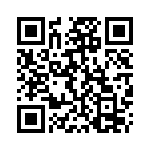