A symbolist poet, Andrei Bely was also a literary critic and theorist and one of the most important figures in twentieth-century Russian fiction. His Petersburg (1916-35) is one of the century's great novels. He initially studied science but had begun his literary career even before graduation. His early poetry was shaped by mystical beliefs associated with the concept of the Divine Wisdom, beliefs shared by Aleksandr Blok and other younger symbolist poets. In later years, Bely was deeply affected by the German anthroposophist Rudolf Steiner, whom he began to follow in 1912. Blok's writings from that time on bear the imprint of his commitment to Steiner's teachings. Bely's prose continued the stylistic traditions of Nikolai Gogol, about whose work he wrote. Brilliantly innovative in language, composition, and subject matter, Bely's fiction had a great impact on early Soviet literature. His novels The Silver Dove (1910), and St. Petersburg (1913) deal with Russian history in broad cultural perspective, focusing especially on East-West opposition. Kotik Letaev (1918), anticipated stream-of-consciousness techniques in Western fiction in its depiction of the psyche of a developing infant. The Christened Chinaman (1927), an autobiographical novel, is also highly innovative in its language and three-level narrative. 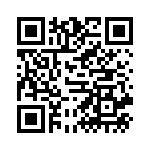