I've really only read a few poems in here, and those, over and over. God's Grandeur, The Windhover: To Christ Our Lord, Pied Beauty, Spring and Fall: To a Young Child -- all written roughly during the ... Leer comentario completo

Gerard M. Hopkins was born on July 28, 1844 in England, into a large and talented family. He attended Oxford, and entered the Jesuits in 1868. He later studied theology and, after destroying much of his youthful poetry, took up writing. In 1877, Hopkins was ordained as a priest. He was assigned to several churches and continued to write poetry, none of which was published until after his death. Hopkins's poems are noted for their intricate rhythm, which he labeled sprung rhythm. The poems are exemplified by their clever puns, wordplay and imaginative phrasing. His works include several series of sonnets, such as Pied Beauty and The Windhover, as well as "terrible" sonnets that explore the conflict between his sexual longing and his devotion to God. Gerard M. Hopkins died of typhoid fever on June 8, 1889, in Ireland. 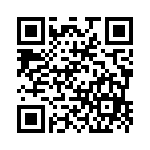