Página 39
The emperor who was camped outside Jerusalem ( erected over the still
unfinished plaza of the new provincial capital ) was Charles V , his army was
largely composed of Spaniards ( impersonated by Tlaxcalteca ) and contingents
of all the ...
Página 49
And so those laws [ cited from Roman civil law ) , with divine authorities added ,
prove the conclusion that , while there may now be many kings , especially
unbelievers , who are rebels against the empire , nevertheless Charles , the most
...
Página 339
For Vincentius Hispanus , see Gaines Post , Studies in Medieval Legal Thought :
Public Law and the State , 1100–1322 ( Princeton : Princeton University Press ,
1964 ) , 482-93 . 5. Charles F. Fraker , “ Alfonso X , the Empire , and the Primera ... 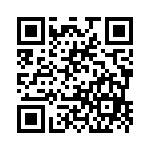