As per usual, it's been over twenty years since I read this novel, having burned through it in a few days immediately after its publication date, 23 years ago tomorrow. But I held very few memories of ... Leer comentario completo

I don't know how or why I skipped this book when it came out. Maybe I was busy having a kid, or something. I thought it would be 'hilarious' to read a novel about insomnia, while experiencing insomnia ... Leer comentario completo

Stephen King was born in Portland, Maine, on September 21, 1947. After graduating with a Bachelor's degree in English from the University of Maine at Orono in 1970, he became a teacher. His spare time was spent writing short stories and novels. King's first novel would never have been published if not for his wife. She removed the first few chapters from the garbage after King had thrown them away in frustration. Three months later, he received a $2,500 advance from Doubleday Publishing for the book that went on to sell a modest 13,000 hardcover copies. That book, Carrie, was about a girl with telekinetic powers who is tormented by bullies at school. She uses her power, in turn, to torment and eventually destroy her mean-spirited classmates. When United Artists released the film version in 1976, it was a critical and commercial success. The paperback version of the book, released after the movie, went on to sell more than two-and-a-half million copies. Many of King's other horror novels have been adapted into movies, including The Shining, Firestarter, Pet Semetary, Cujo, Misery, The Stand, and The Tommyknockers. Under the pseudonym Richard Bachman, King has written the books The Running Man, The Regulators, Thinner, The Long Walk, Roadwork, Rage, and It. He is number 2 on the Hollywood Reporter's '25 Most Powerful Authors' 2016 list. King is one of the world's most successful writers, with more than 100 million copies of his works in print. Many of his books have been translated into foreign languages, and he writes new books at a rate of about one per year. In 2003, he received the National Book Foundation Medal for Distinguished Contribution to American Letters. In 2012 his title, The Wind Through the Keyhole made The New York Times Best Seller List. King's title's Mr. Mercedes and Revival made The New York Times Best Seller List in 2014. He won the Edgar Allan Poe Award in 2015 for Best Novel with Mr. Mercedes. King's title Finders Keepers made the New York Times bestseller list in 2015. Sleeping Beauties is his latest 2017 New York Times bestseller. 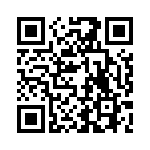