Keith Dewhurst was born in Oldham and studied at Cambridge University. In addition to his writing for stage and screen, he has been a yarn tester in a cotton mill, a football journalist (touring with Manchester United during the 1998-99 season), an arts columnist for the Guardian and a Television Presenter. He has written 16 stage pays, including 'Rafferty’s Chant', 'Pirates', 'Brecht in 20', 'Corunna!', 'Kidnapped', 'The Miser', 'The Magic Island', 'The Bomb In Brewery Street', 'One Short', 'Luggage', 'Black Snow' and 'Animals of Farthing Wood' many of which were premiered by the English Stage Company at the Royal Court. He has also written 18 TV screenplays and 2 films, 'The Empty Beach' and 'The Land Girls'. 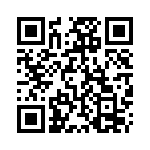