Staving children in sudan, teenagers undergoing lifestyle experiments? Who the hell does this writer think they are. I am a white South African teacher working in Sudan for almost 4 years now. What starving natives, where? There are extremely rich Sudanese here, yes there is some poverty but nothing like this! reality TV? Teenagers could get a thrill od reality tv, What a racist, condescending statement, you should be ashamed of yourselves. I will forward this extract to the Sudanese government in the States, it's a disgrace! Shame on you.

Saul Landau is an internationally-known scholar, author, commentator, and filmmaker. Landau has made fifty films on social, political and historical issues, and human rights. He has won the Letelier-Moffitt Human Rights Award, the George Polk Award for Investigative Reporting, the First Amendment Award, the Edgar Allen Poe Award, and an Emmy. He has authored over a dozen books. Gore Vidal is the author of more than twenty books and hundreds of essays. He won the National Book Award in 1993 and has had a string of recent bestsellers including Perpetual War for Perpetual Peace, and Imperial America. 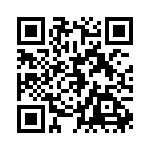