Página 32
... and the king thereof , into the hand of Israel ; and he smote it with the edge of the sword , and all the souls that were therein ; he let none remain in it ; but did unto the king thereof as he did unto the king of Jericho .
Página 223
And Abner said , As thy soul liveth , O king , I cannot tell . And the king said , Enquire thou whose son the stripling is . And as David returned from the slaughter of the Philistine , Abner took him , and brought him before Saul with ...
Página 248
Now therefore , my lord , as the Lord liveth , and as thy soul liveth , seeing the Lord hath withholden thee from coming to shed blood , and from avenging thyself with thine own hand , now let thine enemies , and they that seek evil to ... 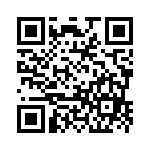