Lawrence D. Kritzman is the Pat and John Rosenwald Research Professor in the Arts and Sciences and professor of French and comparative literature at Dartmouth College. He is the author of The Rhetoric of Sexuality and the Literature of the French Renaissance and Columbia's forthcoming The Fabulous Imagination: On Montaigne's Essays. He is also the editor of the European Perspectives Series, published by Columbia University Press, and has written extensively on French intellectual thought, literature and psychoanalysis, as well as literary self-portraiture. 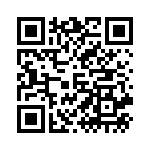