Ross Posnock is Professor of English at Columbia University, where he also teaches American Studies. His books include The Trial of Curiosity: Henry James, William James, and the Challenge of Modernity; Color and Culture: Black Writers and the Making of the Modern Intellectual; and The Cambridge Companion to Ralph Ellison. 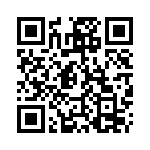