Página 37
On Homer in early Greek lyric , Fowler 1987 and Nagy 1990 ; on drama , Goldhill
1986 . For various aspects of Homer in early and classical Greece , see also
Zanetto , Canavero , Capra and Sgobbi 2004 . On Homer in Hellenistic poetry ...
Página 211
... analytic model and Barthold Niebuhr ' s investigation of Livy ' s early history of
Rome : A great hallmark of nineteenth - century German historiography was the
critical analysis of the Livian narratives of early Rome by Barthold Georg Niebhur
...
Página 252
The discussion of the early modern period would open with the inaugurating
production of Edipo Re at the Teatro Olimpico , Vicenza , in 1585 . It would draw
on histories of scholarship ( so neo - Aristotelian readings would be central and
as ...

Lorna Hardwick is Professor of Classical Studies and Director of the Reception of Classical Texts Research Project at the Open University. Her publications on Greek cultural history and its reception in modern theatre and literature include Translating Words, Translating Cultures (2000), New Surveys in the Classics: Reception Studies (2003) and (co-edited with Carol Gillespie) Classics in Post-colonial Worlds (2007).


Christopher Stray is Honorary Research Fellow at the University of Wales, Swansea. He is the author of Classics Transformed: Schools Universities, and Society in England 1830-1960 (1998), and editor of The Owl of Minerva (2005), Classical Books (2007) and Remaking the Classics (2007). 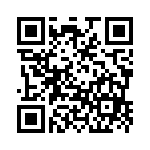