Cedric D. Reverand II is Professor of English at the University of Wyoming. He is the author of various works on Dryden and Pope. 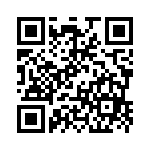