Luise von Flotow is director of the School of Translation and Interpretation at the University of Ottawa. She is the author or editor of several books, including The Third Shore: Women's Fiction from East Central Europe (Northwestern University Press, 2006).

Reingard M. Nischik is the chair of North American Literature at the University of Constance, Germany. She is the author or editor of more than 25 books, including Margaret Atwood: Works and Impact (Anansi, 2002). 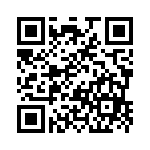