Página 31
In Cristatella , Lophopus , and other genera with crescentic lophophores , the
ganglion may be seen giving off from each side a rather thick chord ( Pl . II , fig .
24 , x ) which immediately enters the tubular arms of the lophophore , and then ,
after ...
Página 48
and communicating with a series of secondary tubes , which pass off from it at
each side like the leaflets of a pinnate leaf from the common petiole . The main
tube , with its lateral pinnć , thus constitutes an imperfect diaphragm , which
divides ...
Página 105
Conecium adherent , creeping ; cells “ keg - shaped ” towards the orifices , which
are rendered emarginate by a notch - like furrow continued down one side of the
cell on a slight keel . Tentacula forty - two . Statoblasts elongated . SYNONYM . 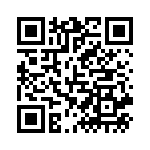