Revolutionizing motherhood: the mothers of the Plaza de Mayo

Argentina was rich, modern, and semi-democratic until its economy faltered and left-wing violence paved the way for the brutal Dirty War of 1976-83. Disappearances and torture on the slightest ... Leer comentario completo

Página 1 - ... Marguerite Guzman Bouvard (1994) says these women were able to mount such a powerful, persistent, and effective force against this brutal dictatorship precisely because they infused their politics with maternal values. Their practice of nurturing development, pacifism, cooperation, and mutual love revealed the military values of hierarchy, obedience, and the unchecked use of physical force so clearly that the Argentinean people could no longer stand back in silence. The developmental approach...
Aparece en 5 libros desde 1994-2005 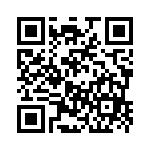