In September 1842, Nathaniel Hawthorne noted this social encounter in his journal: "Mr. Thorow dined with us yesterday. He is a singular character---a young man with much of wild original nature still remaining in him; and so far as he is sophisticated, it is in a way and method of his own. He is as ugly as sin, long-nosed, queer-mouthed, and with uncouth and somewhat rustic, although courteous manners, corresponding very well with such an exterior. But his ugliness is of an honest and agreeable fashion, and becomes him much better than beauty. On the whole, I find him a healthy and wholesome man to know." Most responses to Thoreau are as ambiguously respectful as was Hawthorne's. Thoreau was neither an easy person to like nor an easy writer to read. Thoreau described himself as a mystic, a Transcendentalist, and a natural philosopher. He is a writer of essays about nature---not of facts about it but of his ideals and emotions in its presence. His wish to understand nature led him to Walden Pond, where he lived from 1845 to 1847 in a cabin that he built. Though he was an educated man with a Harvard degree, fluent in ancient and modern German, he preferred to study nature by living "a life of simplicity, independence, magnanimity, and trust." Knowing this, we should beware of misreading the book that best reflected this great experience in Thoreau's life: Walden; or, Life in the Woods (1854). It is not a handbook of the simple life. Though there are elements in the book of a "whole-earth catalogue" mentality, to focus on the radical "economic" aspects of Thoreau's work is to miss much in the book. Nor is it an autobiography. The right way to read Walden is as a "transcendental" narrative prose poem, whose hero is a man named Henry, a modern Odysseus in search of a "true America." Thoreau left Walden Pond on September 6, 1846, exactly two years, two months, and two days after he had settled there. As he explained in the pages of Walden: "I left the woods for as good a reason as I went to live there. Perhaps it seemed to me that I had several more lives to live, and could not spare any more time for that one." Growth, change, and development were essential to his character. One should not overlook the significance of his selecting July 4 as the day for taking possession of his residence at Walden Pond, a day that celebrates the establishment of a new government whose highest ideal is individual freedom. In terms of Thoreau's redefinition of the nation-idea, "the only true America" is that place where one may grow wild according to one's nature, where one may "enjoy the land, but own it not." Thoreau believed that each person should live according to individual conscience, willing to oppose the majority if necessary. An early proponent of nonviolent resistance, he was jailed briefly for refusing to pay his poll tax to support the Mexican War and the slave system that had promoted that war. His essay "On Civil Disobedience" (1849), which came from this period of passive resistance, was acknowledged by Mahatma Gandhi (who read it in a South African jail) as the basis for his campaign to free India. Martin Luther King, Jr. later attributed to Thoreau and Gandhi the inspiration for his leadership in the civil rights movement in the United States. When Thoreau died, he was little known beyond a small circle of friends and admirers. Only two volumes of his writings had been published. Ralph Waldo Emerson lamented, "The country knows not yet, or in the least part, how great a son it has lost." But in the twentieth century Thoreau, the "poet-naturalist," began to be recognized as a representative not only of Transcendentalists, naturalists, and dissidents, but also of New England's heritage and tradition. Walden came to be acknowledged as a great masterpiece of American prose writing, the one book, in Robert Frost's opinion, in which Thoreau "surpasses everything we have had in America. 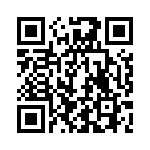