i was a little disappointed by this book. it wasn't as helpful as i thought it would be but i'm still glad that i read it. there were some good ideas for aspects within the ceremony that i really ... Leer comentario completo

I bought this book before performing my first Handfasting and Wedding ritual and I really enjoyed the information here. The book has a nice, conversational feel to it, which made it a pretty easy read ... Leer comentario completo

Raven Kaldera is a pagan priest, intersex transgender activist, parent, astrologer, musician, homesteader, and the author of "Hermaphrodeities: The Transgender Spirituality Workbook" (XLibris Press). He is the founder and leader of the Pagan Kingdom of Asphodel, and the Asphodel Pagan Choir. He has been a neo-pagan since the age of 14, when he was converted by a "fam-trad" teen on a date. Since then, he's been through half a dozen traditions, including Gardnerian, Dianic, and granola paganism, Umbanda, Heithnir, and the Peasant Tradition. He is currently happily married to artist and eco-experimentalist Bella Kaldera, and they have founded the Institute for Heritage Skills.

Contrary to popular legend, Tannin was not born in a log cabin in Springfield Illinois. She did, however, spend her entire childhood living on the Jersey Shore. It is in this notably non-New Age environment that her interest in Pagan/Occult matters began. Over the past 15 years, she has dedicated a significant part of her life in pursuit of various spiritual arts privately and professionally. Tannin has studied diverse practices and paths such as Gi Gong, Shamanistic energy techniques, Gnostisism, Afro-Caribbean religions, and even a pinch of Ceremonial Magick. Before she opened Bones and Flowers in the of 1997, she served as "Madame Espiritual" to two different Worcester Botanicas, a spiritual counselor in a New Age shop, as well as making countless house calls. At present, the proprietor of Worcester's only occult specialty store is also a crafter in diverse media ,and a legally ordained minister.
~ 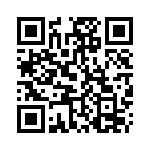