Lucy Maddox is Professor of English at Georgetown University. She is the author of Removals: Nineteenth-Century American Literature and the Politics of Indian Affairs and Nabokov's Novels in English and the editor of Locating American Studies: The Evolution of a Discipline. Maddox was Editor of American Quarterly from 1994 to 2003. 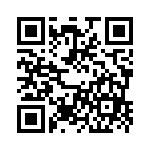