Kirk Blows is a successful journalist and the author of Fortune's Always Hiding, Terminator and The Essential History of West Ham United. He is the former editor of Hammers News, West Ham's official monthly magazine.

Ben Sharratt is a freelance journalist who writes for numerous magazines and websites, and was formerly the assistant editor of Hammers News. 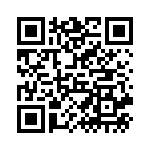