Tom Head of Jackson, Mississippi, is a writer and poet whose work includes Women and Families (Voices from the Civil War), Possessions and Exorcisms (Fact or Fiction?), and 1966 (The Turbulent 60s) 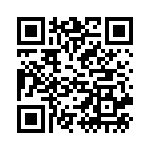