I thought Mr. Unger wrote an excellent book regarding John Hancock. The book was easy to follow and made for a very pleasant and informative read. I had the feeling that the author spent a lot time in ... Leer comentario completo

Easy to read as it brings to life John Hancock. A man as outstanding as his bold and disciplined signature. Connects the dots and fills in the portrait of our early American culture and history. Leer comentario completo

Harlow Giles Unger is author of Noah Webster: The Life and Times of an American Patriot. A veteran journalist, he was a news editor at the New York Herald Tribune Overseas News Service, and foreign news correspondent for the Times (London). He lives in New York City and Paris. 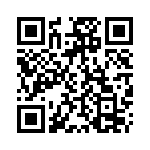