Página v
... WISCONSIN-TEXAS JAZZ NEXUS 81 5 BRITISH ACOLYTES OF JAZZ AND ITS TEXAS CONTINGENT 61 4 TEXAS BEBOP MESSENGERS TO THE WORLD: Kenny Dorham and Leo Wright ...
Página 2
Kenny Dorham, born in tiny Post Oak in 1924, would become one of the preeminent bebop trumpeters of the late 1940s and of the hard bop movement of the 1950s ...
Página 3
... from bebop and hard bop to harmolodics. Eddie Durham (1906–1987) of San Marcos was one of the first and most influential Texans in jazz.
Página 6
In this regard, Davis had moved away from bebop's largely technical exhibitionism that had left many listeners unable to respond emotionally to the sheer ...
Página 8
Alcanzaste el límite de visualización de este libro.
Siguiente »

Página 103 - ... boundary of the trumpets, Hello and good-bye, and they are all down the first note like a waterfall. This note marks the end of any known discipline. Powerhouse seems to abandon them all— he himself seems lost— down in the song, yelling up like somebody in a whirlpool— not guiding them— hailing them only. But he knows, really. He cries out, but he must know exactly. "Mercy! . . . What I say! . . . Yeah!
Aparece en 21 libros desde 1941-2007
Página 73 - ... artist or discriminate as a critic are needed feeling and intellect and — most distressing of all — study. However, unless I mistake, the effort will be made. The age of easy acceptance of the first thing that comes is closing. Thought rather than spirits is required, quality rather than colour, knowledge rather than irreticence, intellect rather than singularity, wit rather than romps, precision rather than surprise, dignity rather than impudence, and lucidity above all things: plus de Jazz."...
Aparece en 12 libros desde 1922-2007
Más
Página 108 - ... the shining black brow. Bird Was thinking and singing. His only thought Was a song. He saw the truth. And shout the Truth Where Indiana was more than the dim streets of Gary A hothouse of allegedly fruitful plain America Some will never forgive the brother for that. Bird Was a junkie According to my records, there was something More. There was space. Seeking. And mind Bringing African control on the corny times Of the tunes he would play. There was Space And the Sun and the Stars he saw in his...
Aparece en 6 libros desde 1987-2007
Página 144 - Staley, director of the Harry Ransom Humanities Research Center at the University of Texas...
Aparece en 394 libros desde 1938-2008
Página 165 - In fact, if you can't manage to put tinges of Spanish in your tunes, you will never be able to get the right seasoning, I call it, for jazz.
Aparece en 30 libros desde 1949-2007
Página 73 - He has crystalized the popular music of our time and set up a standard by which we may judge not only other jazz composers, but also those high-brow composers, whether American or European, who indulge in what is roughly known as 'Symphonic jazz,' " so wrote the English composer, Constant Lambert.
Aparece en 7 libros desde 1955-2007
Página 104 - Eldridge, vigorous and virile, blasting the horn for everything it had in waves of power and logic and subtlety — leaning to it with glittering eyes and a lovely smile and sending it out broadcast to rock the jazz world. Then had come Charlie Parker, a kid in his mother's woodshed in Kansas City, blowing his taped-up alto among the logs...
Aparece en 15 libros desde 1960-2007
Página 102 - Then a light slides under his eyelids, and he says, "92!" .or some combination of figures— never a name. Before a number the band is all frantic, misbehaving, pushing, like children in a schoolroom, and he is the teacher getting silence. His hands over the keys, he says sternly, "You-all ready? You-all ready to do some serious walking?"— waits— then, STAMP.
Aparece en 22 libros desde 1941-2007
Página 202 - I know nothing in Ravel so dextrous in treatment as the varied solos in the middle of the ebullient Hot and Bothered, and nothing in Stravinsky more dynamic than the final section.
Aparece en 7 libros desde 1953-2007
Página 101 - The Negro With the trumpet at his lips Whose jacket Has a fine one-button roll. Does not know Upon what riff the music slips Its hypodermic needle To his soul— But softly As the tune comes from his throat Trouble Mellows to a golden note.
Aparece en 28 libros desde 1910-2007
Menos 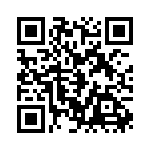