This is a very good book. It is a bit dry --academic, I suppose-- but well worth the read. I've long not understood the stance of most people on GMO's. This book doesn't exactly get into that hairball ... Leer reseńa completa

Starved for science: how biotechnology is being kept out of Africa

Unlike the rest of the world during the last 30 years, the productivity of African farmers has remained low; as a result, nearly one-third of the people in sub-Saharan Africa are undernourished ... Leer reseńa completa

Norman Borlaug is Distinguished Professor of International Agriculture at Texas A&M University and was awarded the Nobel Peace Prize in 1970.

James Earl Carter Jr. was born on October 1, 1924 in Plains, Georgia. He graduated from the Naval Academy in Annapolis, Maryland in 1946, and spent seven years as an officer in the Navy. When his term was over, Carter returned to Plains and began his career in politics at the state level in 1962. In 1970, he was elected Governor of Georgia and six years later announced his candidacy for the Presidency. Carter campaigned against Gerald Ford and eventually won with 297 electoral votes, becoming the 39th President of the United States. As President, Carter established a National Energy Policy, expanded the National Park System and created the Department of Education. He was also instrumental in the Camp David Agreement of 1978, which helped to bring peace between Egypt and Israel. Carter established full diplomatic relations with the People's Republic of China and completed negotiations of the SALT II Nuclear Limitations Treaty with the Soviet Union. Upon completion of his term as President, he founded the Carter Center in Atlanta, a non-profit organization that works to prevent and resolve conflict and to enhance freedom and democracy around the world. In 2002, Carter received the Nobel Peace Prize. He has written several books including An Hour Before Daylight; Palestine: Peace Not Apartheid, Our Endangered Values, A Full Life: Reflections at Ninety, and Faith: A Journey for All. 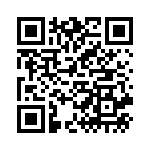