Richard Middleton is Professor of Music at Newcastle University(UK). He is one of the most widely respected scholars of popular music, having authored numerous books including the classic Studying Popular Music(1990) and Reading Pop (2000), and co-founded the leading journal in the field, Popular Music, serving on its editorial board from 1981-1986. He was coeditor of The Cultural Study of Music (Routledge, 2003). Middleton has also contributed to many standard music reference works. 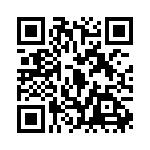