Página 132
And the king made silver to be in Jerusalem as stones , and cedars made he to be as the sycomore trees that are in the vale , for abundance . And Solomon had horses brought out of Egypt , and linen yarn : the king ' s merchants received ...
Página 134
And they arose out of Midian , and came to Paran : and they took men with them out of Paran , and they came to Egypt , unto Pharaoh king of Egypt ; which gave him an house , and appointed him victuals , and gave him land .
Página 137
And Jeroboam arose , and fled into Egypt , unto Shishak king of Egypt , and was in Egypt until the death of Solomon . And the rest of the acts of Solomon , and all that he did , and his wisdom , are they not written in the book of the ... 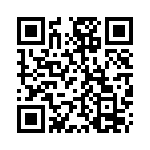