This is a fantastic and factual book. I picked it up and couldn't put it down. It brought back memories of my childhood with the stories of how our most popular and lasting toys were developed and marketed. I absolutely loved reading about the history of toys and how they related to the major events in history. I loaned my book to several of my friends and had a hard time getting it back because their kids wanted to read it also! A definite 5 star rating.

This is a great book, well wriitten highly entertaining and interesting. It provides a different aspect on toys and the culture of the time. Factually correct and well researched. it is an important contribution to the history of the invention and marketing of American toys.

Sharon Scott is an author and toy enthusiast whose work on American popular culture has been published by Greenwood Press, Golson Media, and ABC/Discovery News. 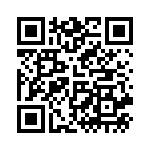