Manos Tsakiris studied psychology and philosophy before completing his PhD (2006) in psychology and cognitive neurosciences at the Institute of Cognitive Neuroscience, UCL. In 2007 he joined the Department of Psychology, Royal Holloway, University of London, where he is currently Professor of Psychology. His research is highly interdisciplinary and uses a wide range of methods to investigate the neurocognitive mechanisms that shape the experience of embodiment and self-identity. He is the recipient of the Young Mind and Brain Prize in 2014, of the 22nd Experimental Psychology Society Prize in 2015, and the NOMIS Foundation Distinguished Scientist Award in 2016. Helena De Preester studied at Ghent University and Université Libre de Bruxelles before completing her PhD in philosophy at Ghent University. Previous research focused on subjectivity and embodiment, and on the tensions between transcendentalism and naturalism from the viewpoint of phenomenology and cognitive science. Her recent research focuses on body and subject in philosophy of technology. She is currently professor of Philosophy at the School of Arts, University College Ghent, and visiting research professor at the department of Philosophy and Moral Science, Ghent University. 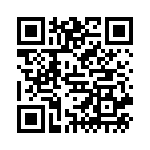