Gretchen C. Daily is Bing Interdisciplinary Research Scientist at Stanford University. She is author of more than 90 articles and the editor of one of the most widely cited publications in modern environmental science, Nature's Services (Island Press, 1997), and has been recognized as a "Role Model for Ecology's Generation X" by Science magazine. Katherine Ellison is an investigative journalist and veteran foreign correspondent for Knight Ridder Newspapers, who has reported from Asia, Africa, and Latin America. The recipient of a number of journalism prizes, including the George Polk Award and the Overseas Press Club Award, she won the Pulitzer Prize for a series in the San Jose Mercury News that became the basis for Imelda: Steel Butterfly of the Philippines (McGraw-Hill, 1988). 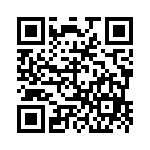