DIVIDED LOYALTIES: How the American Revolution Came to New York

A journalist and Revolutionary War historian examines in abundant and authoritative detail the reluctant city of New York as the colonies reeled toward revolution.Ketchum (Saratoga: Turning Point of ... Leer comentario completo

This is a great book and real departure from Ketcham's other works on the Revolutionary War. This book focuses on the divisions in New York that led to the formation of Patriot and Loyalist parties. It is a fascinating story, well told. Leer comentario completo

Born in Pittsburgh, Pennsylvania, Richard M. Ketchum (1922-2012) graduated from Yale University and commanded a subchaser in the South Atlantic during World War II. As director of book publishing at American Heritage Publishing Company for twenty years, he edited many of that firm's volumes, including The American Heritage Book of the Revolution and The American Heritage Picture History of the Civil War, which received a Pulitzer Prize Special Citation. Ketchum was the cofounder and editor of Blair & Ketchum's Country Journal, a monthly magazine about rural life. He and his wife lived on a sheep farm in Vermont. He is the author of the Revolutionary War classics Decisive Day and The Winter Soldiers. 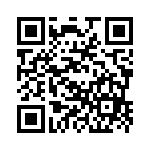