Catherine L. Albanese is Professor of Religious Studies at the University of California, Santa Barbara. She is the author of the widely used textbook America: Religions and Religion (Wadsworth), now in its third edition (1999) and of numerous other articles and books, including Nature Religion in America: From the Algonkian Indians to the New Age (University of Chicago Press). Albanese is a former president of the American Academy of Religion. 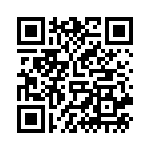