Edgar F. Harden is Emeritus Professor of English at Simon Fraser University. He is editor of The Snobs of England and Punch's Prize Novelists and The Luck of Barry Lyndon. 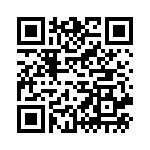