Nicolas H.nin is a freelance journalist who has worked in Iraq and Syria for most of his career. From the fall of Baghdad to the capture of Raqqa, he has witnessed - often at close quarters with the jihadists - the events that led to the emergence of Islamic State. In June 2013 he was taken hostage along with three other journalists by ISIS - among his captors was Jihadi John. He was held in an underground cell with among others, James Foley. He was released after negotiations between his captors and the French government with his fellow journalists in April 2014. He lives in France.
Martin Makinson is a French-Australian national who has lived and worked all over the Middle East as an archaeologist and teacher. He currently divides his time between France and the Middle East. 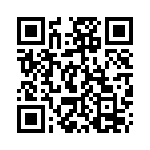