Jenny Telleria, the initiator of the present book, got her PhD degree in the area of population genetics and parasitology at the University of Montpellier, France.

She started her work in the area of parasitology in 1990 as university teacher assistant. Since then she has focused her research on the three components of Chagas disease, namely: the host, the vector and mainly the parasite (Trypanosoma cruzi).

She has worked in several countries in Latin America and Europe, (Bolivia, Brazil, Venezuela, Belgium and France).

She has presently a permanent position of Research Engineer at the French “Institut de recherche pour le développement” (IRD) and she has been Dr Michel Tibayrenc’s collaborator for more than 17 years.

At present, she works at the Center of Research in health of Latin America "CISeAL", Quito-Nayon, Ecuador. Recent research deals with experimental evolution of T. cruzi, more specifically the parasite’s gene expression surveyed by proteomics analysis.

Michel Tibayrenc, MD, PhD, has worked on the evolution of infectious diseases for more than 35 years. He is a director of research emeritus at the French Institut de Recherche pour le Développement (IRD), the founder and editor-in-chief of Infection, Genetics and Evolution (Elsevier), with a 2014 impact factor of 3.015, and the founder and principal organizer of the international congresses MEEGID (molecular epidemiology and evolutionary genetics of infectious diseases). He is the author of more than 200 international papers. He has worked for one year in Algeria (as a general practitioner), one year in French Guiana, seven years in Bolivia, five years in the United States, and three years in Thailand. He has been the head of the unit of research “genetics and evolution of infectious diseases” at the IRD research center in Montpellier, France, for 20 years. With his collaborator Jenny Telleria, he is the founder and scientific adviser of the Bolivian Society of Human Genetics (2012). He has won the prize of the Belgian Society of tropical medicine (1985), the medal of the Instituto Oswaldo Cruz, Rio de Janeiro (2000), for his work on Chagas disease, and he is a fellow of the American Association for the Advancement of Science (1993). 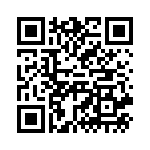