This book brought up a very interesting social issue. Most of us pride ourselves on our IQ. We take online tests, pun with friends... What if we all had diminishing IQs. What if we knew we were losing ... Leer comentario completo

Arthur Herzog III was born in Manhattan on April 6, 1927. He received a bachelor's degree in English literature from Stanford University in 1949 and a master's degree in English literature at Columbia University in 1951. He soon became a freelance magazine writer. During his lifetime, he wrote 16 novels including IQ 83 and Orca, two short story collections, and nine nonfiction books including Vesco, The Church Trap, 17 Days: The Katie Beers Story, and The War-Peace Establishment. His novel, The Swarm was published in 1974 and was adapted into a movie starring Michael Caine in 1978. He also wrote for numerous magazines including Esquire, Harper's, The Nation, and The New York Times Magazine. He died due to complications of a stroke on May 26, 2010 at the age of 83. 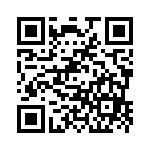