Tamara L. Falicov is associate professor in the department of theatre and film and Latin American studies at the University of Kansas. 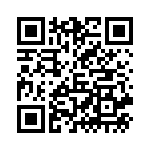