Thomas Traherne was born in Hereford, England in 1637. He was educated at the University of Oxford and was ordained as an Anglican clergyman in 1660. Only one work, Roman Forgeries, was published before his death on September 27, 1674. The majority of his works including Christian Ethicks, Poetical Works, Centuries of Mediations, and Traherne's Poems of Felicity were published posthumously, as late as 1910.

Affiliation [To be added only on dust jacket, otherwise omit]: Fellow of the George Bell Institute 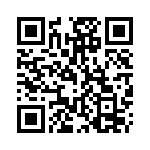