Página 230
And I went out by night by the gate of the valley , even before the dragon well , and to the dung port , and viewed the walls of Jerusalem , which were broken down , and the gates thereof were consumed with fire .
Página 232
Moreover the old gate repaired Jehoiada the son of Paseah , and Meshullam the son of Besodeiah ; they laid the beams thereof , and set up the doors thereof , and the locks thereof , and the bars thereof . And next unto them repaired ...
Página 265
gate , which was over against them , they went up by the stairs of the city of David , at the going up of the wall , above the house of David , even unto the water gate eastward . And the other company of them that gave thanks went over ... 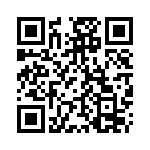